Should I Buy Regular, Autoflowering or Feminized Seeds?

There’s much more to buying cannabis seeds these days than just a handful of seeds. Did you know you have multiple options available these days? Ahh, regular, autoflowering, feminized? Which one should it be? In this article we hone in on the pros and cons of each kind of seed and why you might want to buy a particular kind. Each one suits a different kind of cannabis garden!

The beginning of the growing season will be upon us soon – for those of us who live in the northern hemisphere. Which means it’s time to start thinking about seeds!

But remember when you just bought a batch of seeds, any batch of seeds, and were glad to be holding cannabis spawn in your hands? Now there are so many options to choose from – regular, autoflowering, feminized! Which one am I supposed to buy? And how different could one seed be from any other anyway?

Actually, a lot can differ between seeds. The modern age of growing marijuana gives growers unlimited potential when it comes to engineering their cannabis gardens. The sky really is the limit.

Choosing which kind of seed to buy will depend heavily on what kind of garden you want to achieve. Starting a breeding program is completely different to growing for personal use.

In this article, we’re going through all the different kinds of seeds that you can buy and why you might or might not want to buy them. There are pros and cons to each one, but there is always one that perfectly fits the bill for each grower.

Just FYI – we’re NOT focussing on which strains you should buy, that’s a whole other discussion. Just know that your favourite strains always come in one or more of these options: Regular, autoflowering, and feminized.

Would you believe that regular cannabis seeds actually make up the smallest share of the market these days? There aren’t as many people buying regular, run of the mill weed seeds anymore. But there are obvious reasons for that.

The age of legalization has meant that commercial (or clandestine) growers aren’t the only people who grow dope anymore. It’s something basically anybody can do at home, provided that they live in a country where it’s legal to grow your own plants. 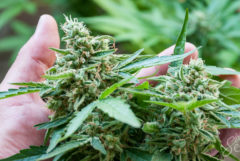 Any grower that has an interest in breeding has an interest in regular seeds. While commercial growers are usually the ones most concerned with breeding, there are many hobbyists who love the idea of making their own strains of marijuana.

For growers, this means there’s no real control over how many plants will be female and how many will be male. But if you’re breeding plants because you don’t want to have to buy more seeds (or because you’re selling them), then having both genders around is important. 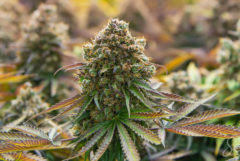 Reasons not to buy regular seeds

Dutch breeders stumbled upon the feminized cannabis seed – by accident – during the late 90s. And since then, they have been a household favourite. As the name suggests, these cannabis seeds have been bred specifically to produce female plants, which you can imagine has its perks.

Knowing that a plant is going to be female gives a grower dramatic power over the yield of their crop – not something that regular seeds offer.

When feminized seeds first became popular among growers, they had a certain level of unreliability. There was always the chance of hermaphroditism and they just weren’t as robust as plants grown from regular seeds. But over a couple of decades of practice, breeders seem to have nailed the feminized seed.

If you want your marijuana garden to continue long after harvest, feminized seeds aren’t really the right one to go for. There’s no chance of producing a male to create further seeds. That means that after you harvest, it’s time to buy new seeds again.

Should You Choose a Portable or a Desktop Vaporizer?

Reasons not to buy feminized seeds

Now we’re getting to the real developments in seed breeding. The autoflowering cannabis seed arrived just a decade ago after breeders had basically weeded out the glitches in feminized seeds.

Originally engineered to make growing easier for inexperienced growers, autoflowering seeds are now even used by those who consider themselves growing gurus. Again, there’s no compromise on quality, flavour or aroma by choosing autoflowering seeds. And yes, they are also feminized. 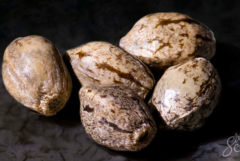 Autoflowering seeds don’t require a change of lighting schedule to flip from veg to flower. They just do so with age, which makes them extremely fast growing and developing. Most autoflowering plants will literally be harvested within 10 weeks from being a seed. This makes them relatively low-maintenance compared with the other seed types.

These seeds don’t grow to be very big plants, either, which makes them the perfect alternative for people who don’t have huge grow spaces. Or maybe you just want to be very discrete about your plants.

Other than having a very short flowering period, they are also much easier to grow than regular marijuana seeds. For those growing for the first time, autoflowering seeds are very forgiving when it comes to small mistakes.

The downside to autoflowering seeds is definitely in the yield. Because they don’t grow to be enormous – and there’s no real control over how big they get – the yield can be small compared to regular and feminized seeds.

Reasons not to buy autoflowering seeds

So – choosing which seeds you should buy is a little bit complicated, although not that difficult. It all just depends on what you’re trying to achieve with your marijuana garden and what kind of grower you are.

And of course, once you’ve decided which kind of seed you’re going to use, there’s even more decisions to be made. Like which strains! Oh, growing marijuana is a world of choices. But fear not, every single one of them ends in a luscious plant that you’ll have loved growing and will love consuming!