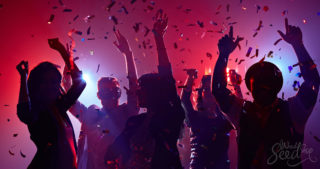 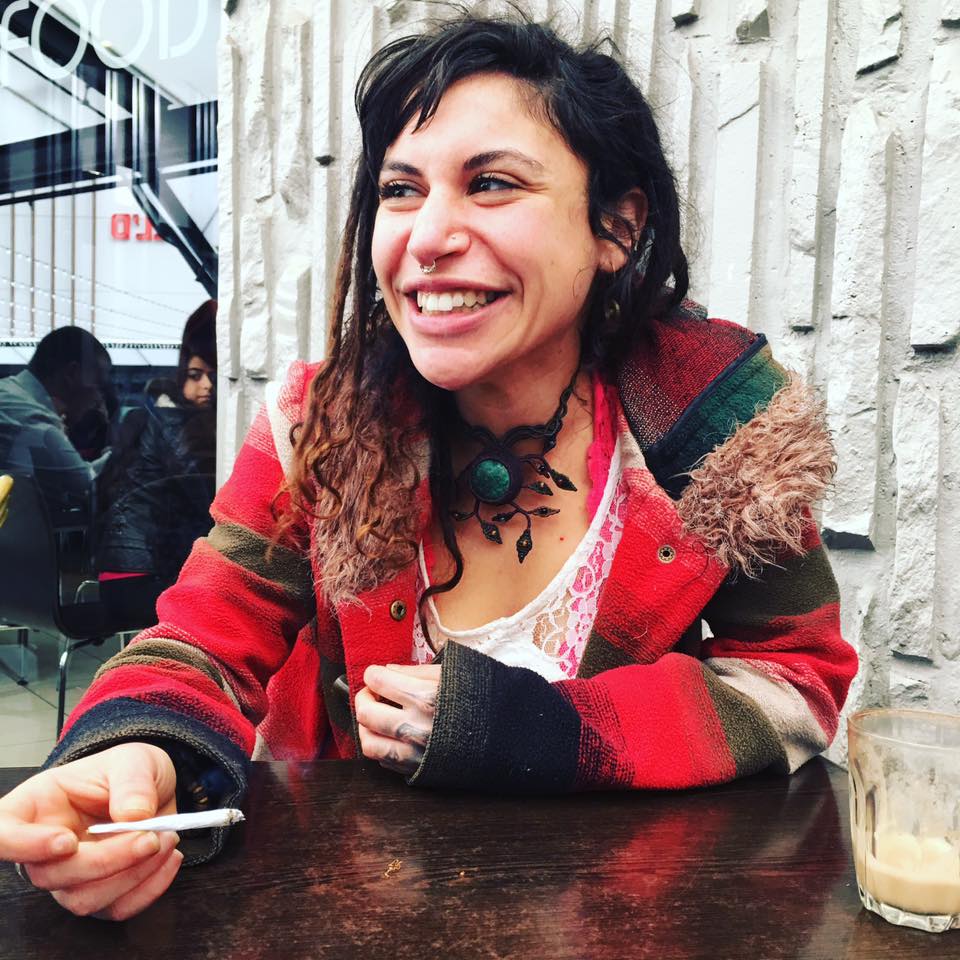 
So many people write cannabis off as not being something for socializing or going out. Partying is left for alcohol, while cannabis is left for the home-body. But imagine a party where everybody was buzzing on the right strain of cannabis! There would be no fights, probably much less puking and a whole lot more giggling. Check out our top strains for hitting the town!

Have you ever heard someone say, “Oh no, I can’t smoke weed and socialize”. It either puts them straight to sleep or sucks them into the internal ramblings of their own minds. Maybe – just maybe – they weren’t smoking the right strains.

In all fairness, if you’re tripping right out of your brain, it can be very difficult to maintain a coherent conversation. All of a sudden, you’re throwing ideas out there that have nothing to do with the topic in hand. And the moment you realize that you’re in another world, you – quite simply – need to get the hell out of there.

Well, we’re not going to sell you those strains today. When it comes to parties and socializing, the point is to feel the high but not be tripping out. You can still question life and wonder what is real, but in such a way that involves everybody and opens up the door of conversation about it.

Another thing worth mentioning is that not all of us like to drink alcohol. That’s right. I consider myself part of that margin. But that doesn’t mean we don’t like having a little something at a party. This is where the right strain of marijuana can be that substitute.

We’re suggesting to you the best strains to use when you’re out socializing or hosting parties. We’re also going to give you the low-down when it comes to dosages, so you don’t induce any of those unwanted side effects.

Don’t be afraid of the microdose

Before we go into which strains are the best, let us please talk about dosage! One of the number one reasons you might start to feel sluggish or like you just want to go straight to sleep is because you smoked too much.

Don’t be afraid to microdose! There are probably a lot of you out there who have the fear of missing out – i.e., you’re scared if you don’t get stoned out of your brains it just won’t be worth it. But remember that time that you smoked too much and basically missed the whole party? That’s right. Do not fear the two-puff dosage.

Smoking weed at parties is like having a foot in each world. And staying with one foot on each side of the line is a very delicate balance. The best way to go screwing around with that is to suck down a huge blunt all on your own right before entering the party. So let this be a warning.

Our 10 best strains for parties

As a general rule, keep in mind that most sativa strains are uplifting, and most indica strains are relaxing.

Knowing this already gets you a long way, but you’re not there yet. There are SO many different strains for a reason: each one behaves quite differently.

There are some indica strains that aren’t that sedative at all, and there are some sativa strains that can be so trippy that you might want to avoid them when you’re going to a party. So, stick to our top 10 and you’re off to a good start!

You might never have considered this as one of those party strains, because we know it well for being medical marijuana. White Widow graces many of the coffeeshops in Amsterdam. It induces feelings of happiness and relaxation, perfect for those chilled out nights in the jazz bar or the folk lounge.

Cheese might smell a bit funky, but it makes the user feel uplifted and happy. These are just the right precursors to hosting a dinner party. You can consider it to be like one of the appetizers before the meal.

This sativa strain lifts the mind and body into a state of euphoria. It is energizing enough to get you ready for a busy day, so it also makes it perfect for celebrations. Plus, it’s really delicious. Take this strain to a house party or birthday party to keep you on your feet!

Relaxation is the main effect from Ice, making it better for those more chilled out kinds of celebrations. The euphoria that comes with using Ice is perfect for bringing that feel-good vibe to the party. But be careful when you’re mixing this strain with alcohol. It can sometimes cause headaches, and we all know alcohol just exaggerates that.

Interestingly, this strain is indica dominant, which you wouldn’t think is ideal for parties. But it is unusually cerebral for an indica dominant hybrid. It’s the kind of strain that slows the brain right down, letting you enter those more creative mindspaces. We definitely recommend microdosing White Russian, because too much can make you sleepy. 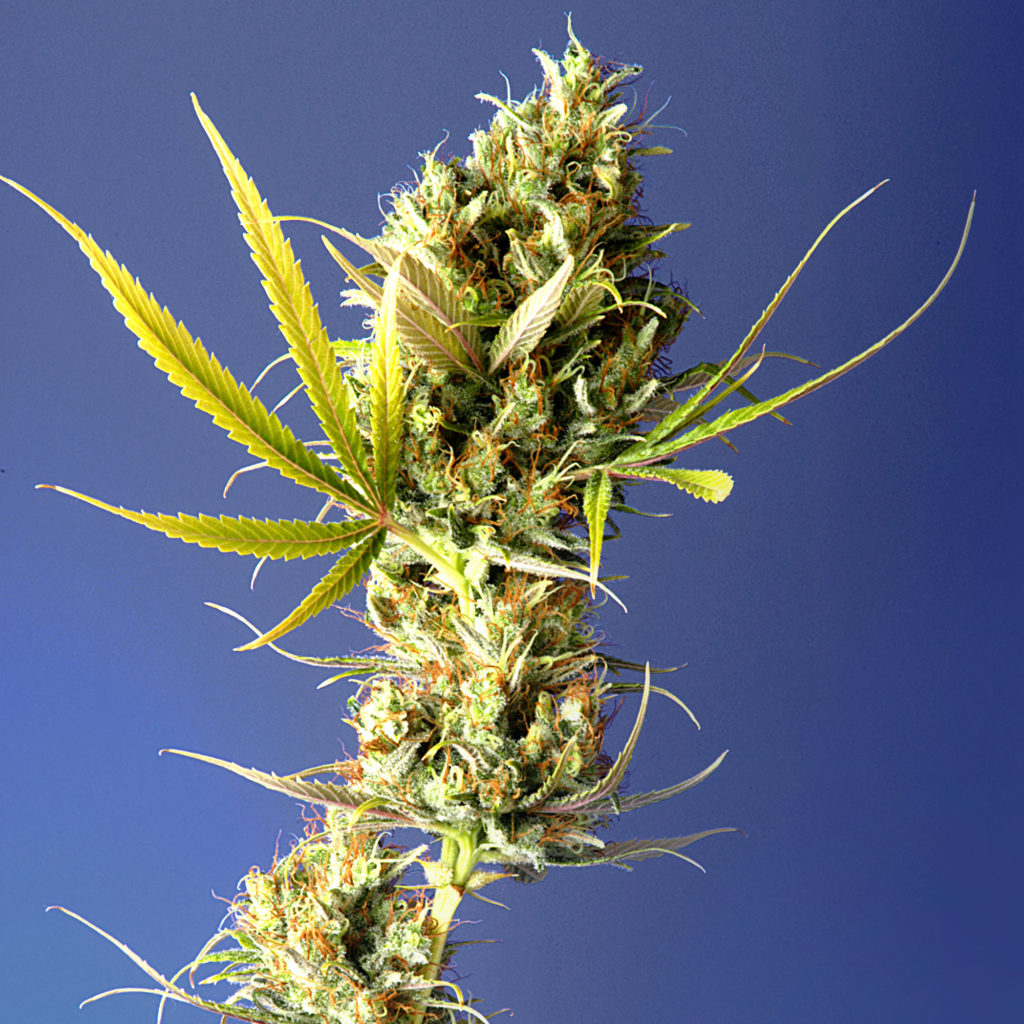 Durban Poison is basically the go-to strain for a night out on the town! Don’t be shy about using Durban Poison before a dance party or festival. It’s perfectly energetic and uplifting for that! You’ll be dancing long after the drinkers have retired for the night.

An indica strain that feels more like a sativa. That’s the essence of Papaya. This strain basically comes with all the effects you want to have at a party: talkative, hungry, relaxed and happy. This is one of those strains you should use before a party you don’t really even want to go to. There’s no chance of screwing up with this strain!

Skunk, Haze and Northern Lights are the parents of Jock Horror, making it quite the offspring of some pretty amazing genetics. This strain is characterized by the euphoria that accompanies its smoke. It’s the ideal strain to use if you’re the host, as you’ll greet every guest with a smile!

Haze is the crème de la crop (literally) of partying and socializing strains. It doesn’t come with any of those anti-social side effects, such as paranoia or fatigue. It brings exactly the rose-coloured haze that makes you the life of the party.

You’ll be bouncing around socializing with everybody. But be warned, sometimes dizziness is something that comes with the Haze. Don’t pair it up with drinking, or you might be stumbling around rather than bouncing around!

Last but not least is Blue Goo. Uplifting and mellow at the same time. Because not everybody wants to be raging at the party. Why not smoke some Blue Goo and head out to a hip-hop club, an open mic night or even a cocktail bar for some light conversation? Definitely not bred for rave parties or festivals, this strain is designed to keep the mood light and airy.

Remember always to be careful when you’re mixing alcohol with cannabis, as the effects of each can be amplified by the other. And don’t forget our advice about microdosing! 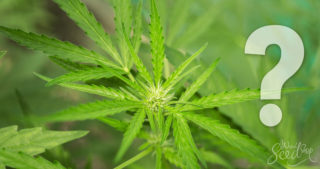 What to Expect From a Sativa Strain 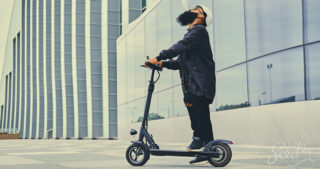 7 Tips on How To Stay Productive While High 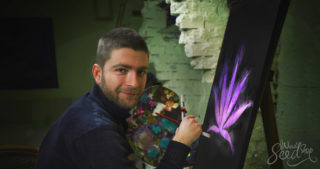 The 7 Ultimate Strains to Boost Creativity 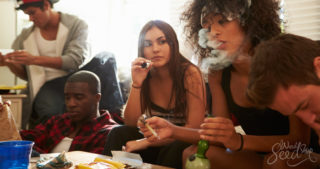 8 Best Energizing Strains for Daytime Use 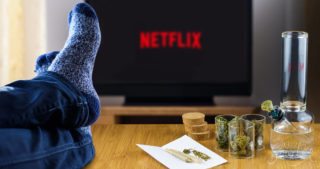 10 Perfect Strains for A Netflix Bender This Winter