Did you know you can consume cannabis concentrates the exact same way that you use buds? You can smoke concentrates straight out of a bong or joint… or you can vape, dab and eat them too. Cannabis concentrates are just as versatile as weed flowers, so keep reading to learn about the best ways to consume them.

Concentrates are a relatively new addition to the thriving cannabis market. Although we’ve been making them forever, they’ve recently become a favourite among cannabis enthusiasts. Smoking buds might be the original and still the most popular way to consume weed, but concentrates are gaining so much popularity. But why?

For starters, cannabis concentrates tend to be stronger than the old-fashioned way of smoking a joint – mainly because they are… well, concentrated. The makers of concentrates have also managed to get around some of the biggest setbacks regarding concentrates, such as preserving the flavour and aroma that fresh buds are famous for.

Wax, shatter, oil, dabs – they are all different words for the final product of extracting the THC or CBD from cannabis. And they are highly concentrated forms of what we’re already used to consuming through buds.

So why do some cannabis users think consuming concentrates is so complicated? The market sure does make it seem that way by making you think you must buy a whole lot of expensive paraphernalia to use them.

The good news is it doesn’t have to be that way – although it can if that’s the way you like to spend your money. Concentrates are just as varied in their applied uses as buds are, so here are some of the many ways that you can consume them.

1. Mix them with buds and smoke them

If you don’t want to go out and buy a vape or some other expensive smoking device, you can use cannabis concentrates the old-fashioned way. Some people like to chop up some herb, put it in a rolling paper and sprinkle a bit of wax or shatter on the top. The smoke will be intense and the flavour that you’re used to will change, but it works just as well as any other method.

You can do the same with a bong or pipe. If you want to sandwich some concentrate in-between some buds, it is completely smokeable through a bong.  This is also entirely possible with a blunt. Getting into concentrates doesn’t mean deviating from your preferred smoking ways!

Mixing buds can be used for…

Mixing concentrates with buds is only really suitable for hash, wax and shatter. It is not appropriate for oils and tinctures.

Just like buds, cannabis concentrates can be used to make edibles. Oh – and it’s way faster. Making cannabutter out of buds actually means doing the extraction yourself (by slow cooking for hours… and hours). But in the case of concentrates, the extraction is already done. You just need to melt some butter, throw in some concentrate, mix it all together and voila! You’ve got yourself some cannabutter. 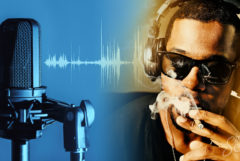 Edibles can be used for…

Use your cannabutter to make any kind of delicious edible that you wish to consume. You can make edibles with any form of concentrate except for cannabis tinctures.

If you want to go down the road of dabbing, you have to get ready to do some serious canna-shopping. Yes, dabbing means spending a bit of money on smoking paraphernalia. To dab, you need to buy a dab rig, a device that looks a lot like a bong.

Dabbing is usually performed by vaporizing the concentrate material on a very hot surface and then inhaling them through the rig, which usually has water inside. The concentrate is held on something called a “nail” and then vaporized in a bowl that is heated up using a blow torch (strange, we know).

The bowl is usually made from something very resistant to exploding under high temperatures, such as quartz.

There is such a thing on the market called an “e-nail” these days, which gives users the option of avoiding the controversial use of the blow torch. But let it be known that this is probably the most expensive tool on the market for marijuana users.

The dabbing rig itself can cost anywhere between $50 and… thousands. It has become some kind of artistic niche in the USA to blow dabbing rigs out of glass that are creatively complex.

Dabbing can be used for…

Vaping is another way to consume concentrates that involves having to buy some high-tech tools.  Even the old school, stay-at-home, table-top vaporizer comes in newer models that can be used with both flowers and concentrates. But they definitely aren’t cheap.

Anyway, those things require electricity and can’t be carried around in your pocket. What’s cooler are the portable vaporizers that have rechargeable batteries. That means you can take them with you anywhere. Oh, and some are made specifically for vaporizing concentrates.

The plus side of vaping your concentrates is that there’s no actual combustion required for consumption. You’re not really smoking anything at the end of the day, but rather inhaling the vapor of your material.

Some say that portable vaporizers don’t have quite the same power as dabbing. This could be because much higher temperatures can be reached with dabbing, and because combustion takes place rather than vaporization. Cannabis concentrates should be heated up to anywhere between 290 °C and 400 °C. The lower end of this spectrum gives the best flavour release while the higher end allows for some powerful hits.

Dabbing gives you the opportunity to reach those temperatures, but you’re usually pushing for temperatures over 300°C with a portable vaporizer.

Buying a vaporizer doesn’t have to be ridiculously expensive. You can get one for about the same price as a dabbing rig. But will it give you the same hits as a blunt or dabbing rig? You might be pushing your luck there.

Vaping can be used for…

Vaping is only appropriate with clear concentrates such as BHO, wax, shatter, oil or rosin. Hash is not the right candidate for vaporization.

Some cannabis concentrates weren’t made for smoking at all. Take CBD oil, for example. It is a highly concentrated version of high CBD cannabis, but most of the time it is administered orally. CBD oil can be taken under the tongue, dropped in tea or other kinds of food and sometimes, is even strong enough to be used topically.

Orally consuming this form of concentrate is probably the easiest and simplest way. Actually, the simple method of consumption is also what makes CBD oil appropriate for children and elderly people. There’s no invasive inhalation required to get the benefits of the herb.

Now, that doesn’t mean you can go ahead eating your wax or shatter or BHO. Just like buds, these materials need to be decarboxylated before you consume them, otherwise they won’t have a very strong effect.

Extracts such as CBD oil are made for the purpose of ingesting orally without any additional intervention. They have already been decarboxylated. But other concentrates require the heating stage to be effective.

One thing that makes weed so unique is the versatility of ways that it can be consumed. Whether you’re using buds or concentrates, the same is true. Concentrates are an exciting way to use weed because of how strong they are – so go easy on the dosages when first starting out. Enjoy using concentrates responsibly!